MaRITeC-X project team meets with Prof. Makris of MIT to present plans for the new CMMI 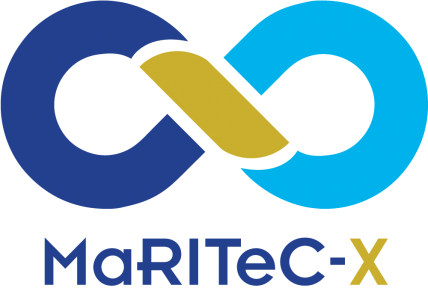 MaRITeC-X project team and Municipality of Larnaca organised a meeting at the Zenon Coordination Centre between Dr. Nicholas C. Makris, Professor of Mechanical and Ocean Engineering and Director of the Center for Ocean Engineering at the Massachusetts Institute of Technology (MIT) and major political and economic stakeholders in marine and maritime issues.

During the meeting, which took place in the presence of Larnaca Mayor Andreas Vyras, Deputy Minister of Shipping Natasa Pilides and Constantinos Christophides, Rector of the University of Cyprus, the participants were informed about the creation of the Cyprus Marine and Maritime Institute (CMMI), as well as other projects concerning the implementation of the strategic plan for Blue Growth of Larnaca city. Members of the Cyprus Shipping Chamber (CSC) and the newly established Cyprus Foundation for the Sea (CyFOS) were also present.

Professor Makris was very interested in the plans for the new center of excellence as it focuses on an area rather unexplored for Cyprus and underlined the strong shipping and a new offshore potential. Prof. Makris stated that is a great opportunity to discuss future collaborations between the CMMI and the Center for Ocean Engineering of MIT on knowledge transfer and joint projects focusing on Eastern Mediterranean.

Natasa Pilides pointed out that there will be a lot of economic and social gains by the establishment of CMMI as it coincides with many governmental plans especially in the energy sector. She also reconfirmed the commitment of the government to support such initiatives that are indeed important for the maritime cluster of the island.

Larnaca Mayor Andreas Vyras, on behalf of coordinating party of MaRITeC-X and host of the meeting, underlined the importance of building CMMI as an important driver of growth in Cyprus, welcoming any future synergies with MIT.

Rector of the University of Cyprus Constantinos Christophides presented the new School of Marine Science and Technology, which will open in September 2019 in Larnaca and underlined even if the EU did not fund the project, the Republic of Cyprus should, as part of a strategic decision to support science and innovation with multiple benefits for Cyprus.

During the discussion that followed, the participants had the opportunity to get into further details on future synergies